© Ikjyot Singh Kohli and relativitydigest.com, 2020. Unauthorized use and/or duplication of this material without express and written permission from this site’s author and/or owner is strictly prohibited. Excerpts and links may be used, provided that full and clear credit is given to Ikjyot Singh Kohli and relativitydigest.com with appropriate and specific direction to the original content.

As usual, Phil Jackson made another interesting tweet today:

Never seen anything like SCurry? Remind you of Chris Jackson/ Mahmoud Abdul-Rauf, who had a short but brilliant run in NBA?

And, as usual received many criticisms from “Experts”, who just looked at the raw numbers from each players, and saw that there is just no way such a statement is justified, but it is not that simple!

When you compare two players (or two objects) who have very different data feature values, it is not that they can’t be compared, you must effectively normalize the data somehow to make the sets comparable.

In this case, I used the data from Basketball-Reference.com to compare Chris Jackson’s 6 seasons in Denver to Stephen Curry’s last 6 seasons (including this one) and took into account 45 different statistical measures, and came up with the following correlation matrix/similarity matrix plot:

What would be of interest in an analysis like this is to examine the diagonal of this matrix, which offers a direct comparison between the two players: 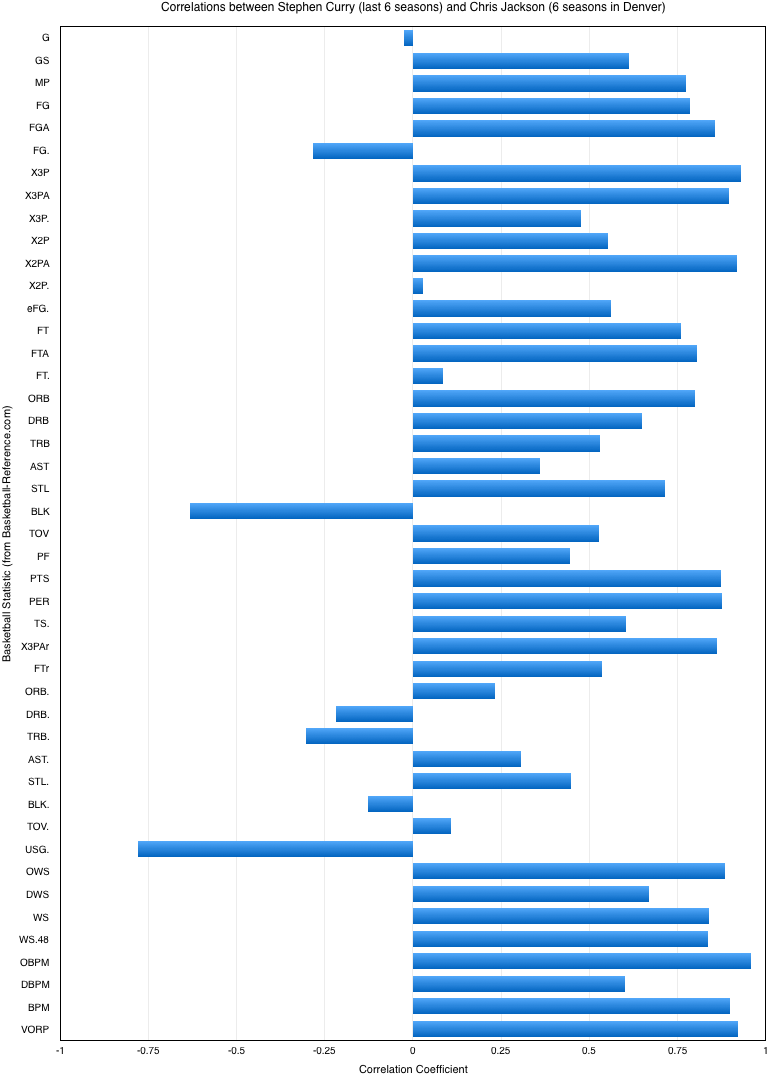 One can see that there are many features that have strong correlation coefficients.

Therefore, it is true that Stephen Curry and Chris Jackson do in fact share many strong similarities!

Sikh, Theoretical and Mathematical Physicist, main research in the structure and dynamics of Einstein's field equations. View all posts by ikjyotsinghkohli24