, where a letter ‘o’ before the last 22 predictor variables indicates a defensive variable. (‘o’ stands for opponent. )

Here are the various biplots:

In these plots, the teams are grouped according to whether they made the playoffs or not.

One sees from this biplot of the first two principal components that the dominant component along the first PC is 3 point attempts, while the dominant component along the second PC is opponent points. CLE and TOR have a high negative score along the second PC indicating a strong defensive performance. Indeed, one suspects that the final separating factor that led CLE to the championship was their defensive play as opposed to 3-point shooting which all-in-all didn’t do GSW any favours. This is in line with some of my previous analyses. 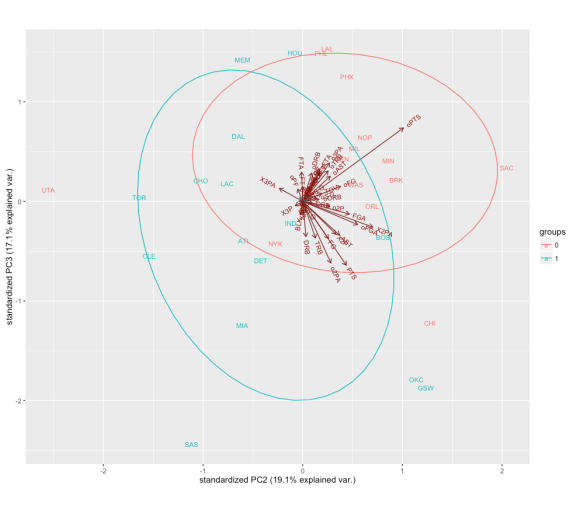 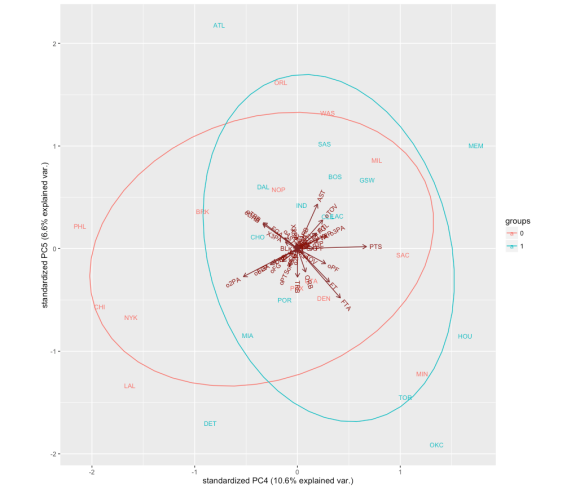